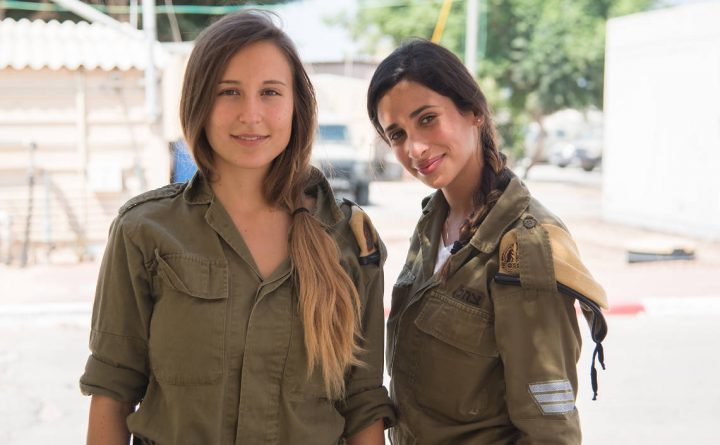 A war between civilisation and barbarism

The Israeli-Palestinian conflict can be characterized as a barbaric aggression against civilization. There is no neutral stance: equidistance only strengthens barbarism.

The Yosef „Yossi“ Salomon family gathered on a Friday evening for the traditional Shabbat feast to celebrate the birth of a grandchild born that morning. The table was set with a white tablecloth, richly decked with appetizers, soft drinks and an unopened bottle of whiskey. The door to the house was wide open to welcome expected guests. Instead of guests, horrific barbarism burst in. A 19-year-old Palestinian, whose name does not matter, entered the house and attacked the family with a knife. He stabbed Yossi Salomon (70), daughter Chava (46), and son Elad Salomon (36). Yossi’s wife Tova, 68, and other family members were seriously injured. Elad’s wife managed to lock herself up with little children in a room next door and alerted the police. Their cries for help were heard by a neighbor, a member of an elite IDF unit. He shot the murderer through the window, thus saving seven family members‘ lives.

The murderous attack was carried out in protest against increased security at the Temple Mount after three Palestinians shot two Israeli police officers with weapons that had been smuggled into the Al-Aksa mosque the previous week. The installation of metal detectors, a standard measure at many Islamic sites, led to an outbreak of violence by angry Muslims.

The German public TV station ARD reported on the murderous incident with the title words: „No reconciliation in Temple Mount dispute“. The only thing missing was „an eye for an eye, tooth for tooth“, but the time slot was probably too short. The news report commenced with a tear-jerking segment featuring the father of the triple killer:

An elderly Palestinian man is shown standing in front of his house wiping tears from his face. His son had murdered three Jewish Israelis the previous evening. Israeli media reported that the family members were literally butchered. „(My son) had witnessed what the Israelis were doing at the Al-Aksa mosque,“ he said. „They kill, beat and hurt people. There are no more prayers in our sacred place.“ If we loose access (to the mosque), says the father, then all Muslim honor will be compromised.

In the news report we learn nothing of the tears of the Solomons.

The simple fact that Israelis refuse to be murdered without taking countermeasures to protect themselves is apparently an unacceptable provocation for Palestinians. The terrorist’s mother is proud of her son and praises him shortly afterwards in a video in which she calls for further attacks:

I am proud of you, my son, and hope that Allah will receive you with open arms. His father supports him. Our son committed the attack because of the Jews praying at the Temple Mount.

The  parent’s pride and “honor” has a practical side: after all, the Palestinian Authority remunerates every Jewish murder with cash. The murderer’s family can now look forward to almost 3,500 dollars every month – which is partly financed by the EU, i.e. our tax money.

The events of those two weeks, the international policy makers’s response and the media coverage were typical. Politicians, leading media and intellectuals in the West routinely abandon Israel for the most part. If I address this fact in private discussions, I am accused of being biased. Damn it, of course I’m partial. How could one not be?

On the one hand, there are Islamic-fascist terrorist organisations such as Hamas and Hezbollah and an inherently corrupt Palestinian Authority (PA), whose chief executive Mahmoud Abbas was, among other things, the mastermind and financier of the 1972 terrorist attack at the Munich Olympics. Hamas and the PA have transformed the assassination of Jewish Israelis into a lucrative business model. The money, with which the world community showers them, does not go towards education and infrastructure, but instead flows into functionaries‘ pockets,  purchasing weapons and financing terrorists and their families. Women count for nothing. Opponents are persecuted and murdered. Gays are persecuted and murdered. In battle, they hide behind their wives and children, sacrificing them without scruples for propagandic gain. Murderers are praised as heroes and the murder of Jews is celebrated by distributing sweets. If the state they want ever becomes a reality, it would just be another unjust state in which the collective means everything and the individual nothing.

On the other hand, there is the only one democracy in the Middle East. A constitutional state, which naturally also prosecutes members of its own government if they are guilty of wrongdoing. A democracy in which Arabs enjoy more rights than in any Arab majority country. With emancipated women and love parades. A high-tech oasis of education and knowledge, from which the world enjoys innumerable innovations. With an army that does more than any other in history to avoid civilian casualties. A country that supplies electricity and water even to those who want to destroy it, including their hospitals for the sick and wounded. A country that values human life so highly that it prefers to release convicted killers rather to sacrifice even one of its own citizens.

And no, the fact that I’m partial has nothing to do with any „special historical responsibility (towards the Jews)“. The answer to the simple question of where I’d rather see my daughter grow up is sufficient: in Tel Aviv or in Ramallah? How can one be impartial when barbarism is attacking civilization?

As if being „impartial“ wasn’t bad enough, Western elites will even position themselves against Israel. They rather fuel the hopes of the Palestinian leadership to achieve their goal of a Palestinian state. And that goal is simply not just an independent state in Gaza and the West Bank.  That wish could have been realized long ago. The real aim is to destroy Israel as a Jewish state. They will not be satisfied with less until they finally accept that they’ll never achieve that goal.

Every peace begins with a victory and a defeat. As long as the Palestinians do not admit their defeat, which manifests itself in the sheer existence of the Jewish state, there will be no peace. By nurturing the hopes of the Palestinians, the motive for the next Intifada is guaranteed.

We should take a clear and unambiguous position. We should call for „boycott, disinvestment and sanctions“, but against the Palestinians. We should isolate Hamas and Fatah politically and economically and finally terminate the UNRWA.

For the foreseeable future even a neutral position would represent progress compared to the status quo. Otherwise, Western attitudes remains disgraceful. 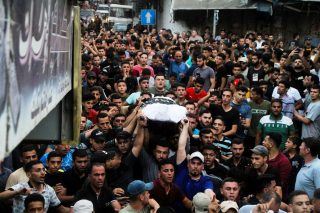 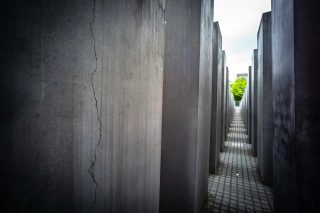