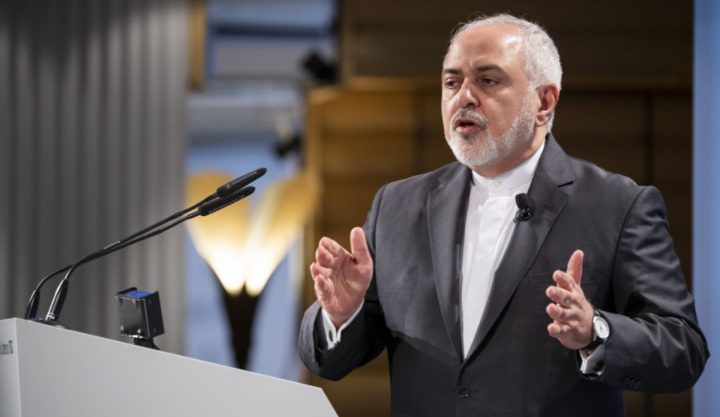 In light of a recent designation of Iran’s Foreign Minister as a terrorist enabler the regime lobby has gone once again out of its way to defend Zarif.

One self-proclaimed expert said in a television interview that the designation is in his view a case of jealousy that Secretary Pompeo feels towards Mohammed Javad Zarif. He believes that Zarif is much more successful than the US Secretary of State. Let that sink in for a moment. And now let us take a closer look at reality.

Mike Pompeo has graduated from Harvard Law School and has devoted his professional life to securing American values. He is committed to a political cause that puts his country’s national security on the highest agenda. In fact, let’s focus a little bit on the educational background of this entire Trump administration. The President himself is a graduate of Wharton, his National Security Advisor John Bolton went to Yale University and his Ambassador to Germany Richard Grenell graduated like Pompeo from Harvard University as well. These are all people with outstanding academic education from Ivy League institutions who are serving the American democracy. We can agree or disagree about their policy steps, tone and style – because this is part of the debate – but there’s no denying these are highly qualified patriots and in the case of US Ambassador Grenell and many more government officials passionate Transatlanticists.

All of this must be said in detail at this point, because the question is what does Mohammed Javad Zarif has that would make Pompeo or anyone else in the Trump admin jealous? The answer is nothing. Zarif studied at a rather normal university in the US and managed to stay an Islamist during his entire academic education. He then went on to serve a terror cult that has sold out Iranian interests for four long decades and he continues to defend human rights violations in Iran that are barbaric. Zarif is also known for yelling continuously – he did this to John Kerry during the nuclear deal negotiations and in a panel at the Munich Security Conference when pressed about how viciously the Iranian dictatorship abuses human rights.

So again, there’s nothing that Zarif has to be jealous of including his fake accent when he speaks English because he can’t speak real American English when he’s serving a tyranny built on Anti-Americanism.

What we should all feel for Zarif is pity. Because pity is for free, it is envy that has to be earned.

There’s no way out for him as a public propaganda tool for the Islamic Republic. He deserves to be indicted for war crimes and severe human rights abuses. And the designation by US Department of the Treasury is exactly aimed at sending a strong signal of solidarity with the Iranian people and making Zarif pay a price for what he’s doing. Being classified as a terrorist enabler will make things also tougher for liberal media folks and think tank pundits to invite and appease Khamenei’s errand boy. Ultimately Zarif needs to be kicked out of social media as what he does there is a perversion of freedom of speech while Iran’s civil society is denied access to social networks.

Coming back to this one Iran analyst and everyone else against going after the representatives of an incredibly vile dictatorship there’s only one question left to ask: Who’s side are you on?