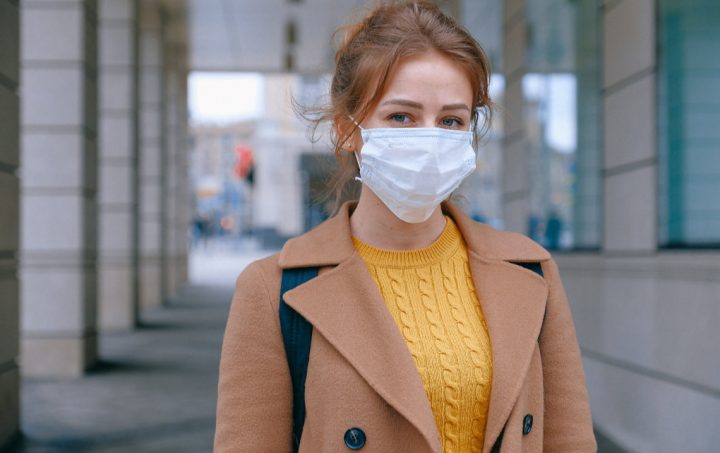 From a Personal To a Political Viewpoint

Many weeks ago at the beginning of our lockdown situation due to the spread of the Corona virus quite a few voices thought now is the time to dial down our intense daily routines and busy schedules. Now – in this crisis mode – we would find the time to focus on our families and friends, cook more healthy meals, do more workouts, read more, concentrate on more meaningful outcomes in our daily work and so on – except that we didn’t, because some of us already live this kind of a life.

Instead our lockdown has brought unknown challenges to all of us and of course to me personally as well.

I’m among one of the high risk groups and therefore continue to be extremely careful in my daily routine. The most important measure is I now work since several weeks in a temporary office within walking distance of my home – a very safe environment, but I don’t see my colleagues and have started to miss them immensely.

Even a week before the official shutdown I started social distancing and cancelled a trip to see my beloved family in the Southwest of Germany. To say that I dearly miss them doesn’t even begin to cover it. I worry about friends who have either lost their jobs or struggle with a much lesser amount of freelance work. My entire cultural life has collapsed – before the crisis mode I was attending all kinds of cultural performances on a weekly basis, it is one of the main reasons why I live in Berlin. Now I stream antique theater productions from 1978 or not.

My political volunteer work has been halted too as getting together for sessions and organizing events is impossible now. Until today I couldn’t even find the energy to write. If this all sounds challenging wait for the most challenging part: I also had to go through a virtual breakup in this lockdown.

It was sort of a relationship and therefore sort of a breakup. It couldn’t continue like that, but I had to end it in a way that I never would have chosen under normal circumstances. But here’s the silver lining in this crisis situation – I saw the red flags earlier, because this is a difficult time. At first I thought that this man I was going out with was just the complete opposite of me – impulsive, emotional and from a different background. I also thought that my biggest problem was an American who’ll come this November will vote for Joe Biden – what did I do to deserve this? But it became very clear  – and very fastly so – that he and I weren’t compatible. In retrospect it was one conversation that made this visible to me – he and I once talked about politics and Trump – who else? – and I layed out for him that as a German-Iranian with a great love for the US I was no personal fan of Donald Trump and never will be, but that I evaluate the President and his administration by their actions.

While I was talking I looked into a bewildered face of a man who not only couldn’t keep up with the intellectual thoughts here, but who lacked the empathy of granting me an independent and rational approach to the phenomenon of Donald Trump and his many irrationalities. He was intimidated – to the level that he couldn’t even defend why he would support Biden or any of his other viewpoints. He once said that he feared if he expressed his opinion on politics and cultural and social issues I would leave him. Which was the moment I lost respect for him. And I left anyway.

Because from that lowest of points in a conversation it was only a very quick step until it became clear that he entirely lacked empathy – without caring about how I was coping with this lockdown situation, without seeking my consent or let alone my opinion on important decisions that effected me as well. The lockdown helped me see that sooner, because the butterflies vanished soon and made room for reality. He was damaged – by some of the events in his life, but he lacked depth and self respect. Good luck to his future girlfriend.

I didn’t need this crisis mode to clear my mind about a disturbing emotional situation, but I used the time wisely to reflect and admit to myself that there was no future here.

Speaking of the future, I can’t help but be annoyed at Trump as well as his critics, at my own chancellor and her critics, at those in charge of the decisions and those criticizing them. Mostly because people seem to forget that both the US as well as Germany – though two very different political democracies – both have a federal system that leaves a lot of the responsibilities within each state.

Some of those states in the US are governed by Democrats. And while President Trump deserves criticism for his mistakes where exactly is the criticism towards the liberal spectrum failing as much as others or perhaps even more? Different specific measures are needed for differently populated areas. While in some parts of my country it might be safe to reopen all kinds of shops in larger cities like Berlin it is exactly the opposite.

These strict measures of our lockdown – as uncomfortable they’re and as much as they’ve affected on literally all levels my own routine – have saved lives and prevented the collapse of our health system. Our civil rights are temporarily restricted and I remember a childhood with no human rights in Iran and some of these dark memories have come back to haunt me again in these past few weeks, but our democratic rights in Germany and elsewhere aren’t abolished.

We can – and we will continue – to debate these measures and their results vibrantly and diversely, but while we’re doing this we should also keep in mind that now is not the time to get sloppy.

In fact those relativizing the extraordinary gravity of this disease remind me dangerously of what I’ve read and learned about the AIDS epidemic during the 1980s and voices who thought they could continue their love lives without any protection. Ignorance was costly during that epidemic and it’ll be costly during this one.

Whatever we think of all the political steps taken we have an individual responsibility to take care of ourselves the best way we can – without hurting or endangering anyone else. It’s simple.