In the field of Iran it seems that with every new chapter Iran’s people open there are players who want to keep them in the same old book. That book is one of a continued reign of Khamenei’s regime.

Khamenei’s thugs do the work by killing brave demonstrators and Khamenei’s apologists do their part by diminishing the desire Iranians have for freedom. This time around Iran’s people began writing not just a new chapter, but an entirely new masterpiece – since more than one week they’ve taken more brazenly to the streets across the country than ever before.

It is a protest movement in the tradition of the 2009 uprising, the 2017/2018 demonstrations and much beyond that. Both of those prior movements were carried by a civil society engaged in all kinds of activities of civil disobedience – this one is carried by almost all Iranians who’re not in the pocket of the regime and happening on a nationwide level.

It is also right from the start aimed at how much Iran’s population is disgusted by this dictatorship. What sparked the movement was the regime tripling gas prices, but slogans began immediately very political – people are chanting: »Death To Khamenei« and »Not Gaza, Not Lebanon – my life for Iran«.

Human rights groups have released reports that thousands have been arrested and several hundred people killed – the real number of victims will be even higher.

The brutality of Khamenei’s response happens alongside a complete shutdown of the Internet – another inhuman step aimed at the false desire to turn Iran into North Korea, but there’s another reason Khamenei and his security apparatus have disconnected Iranians from global communication.

In four long decades of this tyranny fear always worked in keeping the masses somewhat calm – visibly cracking down on peaceful protesters, torture and very long prison sentence as well as executions had an effect on ordinary Iranians. That aspect of fear is gone since 2017 – and the regime can’t restore it again.

Sanctions haven’t rallied Iranians around this dictatorship but had precisely the opposite outcome: they hate their oppressors even more and they forcefully demonstrate that since days in the streets across Iran.

Khamenei’s thugs need the Internet to be out while they massacre innocent human beings in broad daylight. The legitimate frustration of Iran’s freedom loving people won’t go away. They won’t let themselves be silenced and they’ll rightfully remember who heard them and stood by them in this deeply challenging time.

Anyone who still follows the wrong concept that this regime brings stability or has any future is in dire need of a reality check. The entire Middle East has risen visibly against the Islamic Republic and its violent ideology – where is the outside punishment for Khamenei and his thugs? It seems that political Europe is barely awake these days – primarily, but not only in the field of Iran. 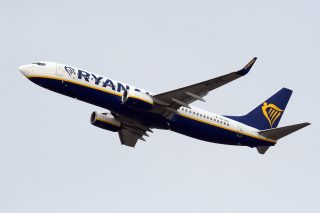 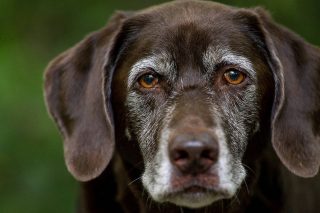