Once upon a time there was a
tiny strip of land by the name of Gaza
Conquered from Egypt during the six day war
A war Israel won. Like the one before.

When negotiating peace with Saddat he said »heck,
We will take Sinai but Gaza we don’t  ever want back«.
So we cleared Sinai and the beaches and the villages in it
Sharon’s Bulldozer tore down Yamit,
That’s the Hebrew word for little ocean
We gave land for peace, kept the process in motion.

So once upon a time there was a
Strip of unwanted land by the name of Gaza
Those we took it from asked for us to keep it so
So we kept it, and started to plant and grow
Many Jews who left Sinai started all new
Thriving again, this time on the fruits and veg they grew.

Upon seeing Gaza prospering envy grew
Amongst Palestinians who couldn’t bare that a Jew
Would live on that sordid piece of land
That they never claimed when it was in Egypt’s hands.

So once upon a time there was a
Guerilla war zone by the name of Gaza
Palestinians decided »yes we can«
Killing soldiers and settlers, again and again.

The frustration of the Israelis grew
What to do with Gaza – nobody knew
So Arik Sharon in 2005 decided
That Israel and Gaza would be divided.
Disengagement we called it, as we pulled from their houses
Jewish settlers and farmers, their children and spouses.

Israeli soldiers dragging out Jews not wanting to leave,
Uprooted  again and so full of grief.
Disengagement we called it, not knowing then
That Gaza would engage us, again and again.

So once upon a time there was a
Place free from Jews by the name of Gaza.
A place we had hope for, a place to thrive
A place with greenhouses, orchards and fields full of life!
Except within days they burned to the ground
all those greenhouses and orchards and everything else »Jewish« they found.

Once upon a time there was a
Terrorist Organisation taking over Gaza.
Hamas had taken on the fight
to kill every Jew on the other side.
They called to not leave a stone unturned
And find every Jew, to be slaughtered and burnt.

So once upon a time there was a
Missile factory by the name of Gaza.
Thousands of them launched upon Israeli civilians,
Just to prove to the world how determined they were to kill ’em.

The Israelis tried to endure it and  still
ultimately they had to get up and kill.
And put leaders, the shooters, the launchers in graves
So that Israeli civilians would finally be safe.

But as Hamas chose behind their own people to hide
There were many dead children on the Gaza side.

Israel was dragged into wars she couldn’t win
As defending herself to the world he become a sin.
Every move dissected under a magnifying glass
And yet they cared more about Gaza than Hamas.
Urging civilians to clear the sites
From where Hamas was conducting their despicable fight
Against other civilians who had fifteen seconds to run
Each time the sounds of the sirens came on.

And once upon a time there was a field of death by the name of Gaza.
The world sent donations to help restore
The houses and infrastructure destroyed in the war.

But the money, the materials the tons of cement
Into new missiles, new mortars and terror tunnels they went.
What didn’t go into building a rocket
Went into a Hamas leader’s pocket.

So once upon a time there was a
Place in which people were suffering
by the name of Gaza.

Today I hope and pray with all my might
That the people of Gaza will end this fight
So that the strip won’t eventually be bombed to hell
And that in the future someone like me won’t have to tell
Their children that once upon a time there was a
Graveyard by the name of Gaza. 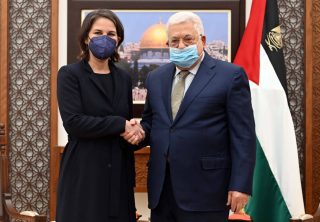