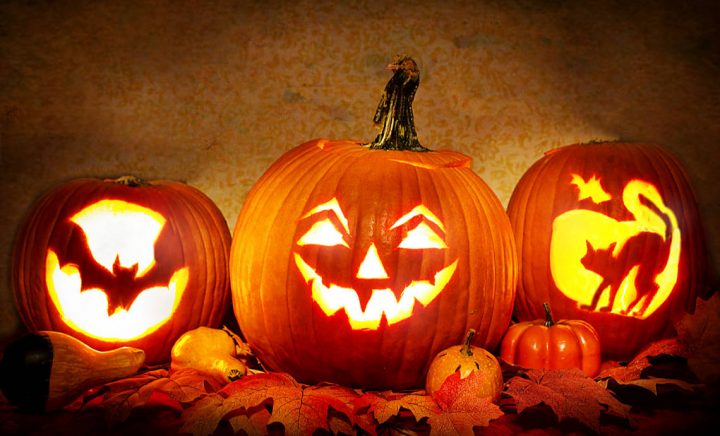 I get it. With today’s political situation, it’s easy to throw stones and cast aspersions against the United States. Without many people knowing I’m American, that is, until I speak, they feel free to bash America, Americans and anything that even remotely smacks of Uncle Sam. As a matter of fact, I was on the tennis court yesterday and a well-heeled woman, badly smacking balls back at her tennis pro, was ranting and raving about Halloween and the »bloody Americans« who force the whole of England to celebrate it.

Sensing my discomfort, my tennis partner, a fellow Brit, immediately felt embarrassed by this woman’s outburst and apologized on her behalf. »That’s ludicrous«, she stammered. »Obviously no one forces anyone to celebrate anything.« But what she didn’t know was that this was the third time this week I’ve heard the same type of comment.

What’s there to dislike about Halloween? It’s a fanciful, silly and primarily children’s holiday. And if people hate it so much, why are they selling pumpkins, costumes, bite-sized candy by the boatload and advertising in every store and grocery mart?

Let’s set the record straight Great Britain, and before you start pointing fingers, here’s what you might need to know about Halloween. This »bloody« holiday started with your collective group of islands, and was imported by your citizens to America. Do your homework.

Over 2,000 years ago, the ancient Celts and Druids celebrated a festival they called, Samhain. This happened at the end of summer and marked the start of the cold, dark winter, a time associated with human death. On October 31st the Celts believed the boundaries between the worlds of the living and the dead became blurred allowing fairies, ghosts and spirits to return to earth. To protect themselves, they gathered around bonfires to burn crops and offer animal sacrifices while wearing costumes, typically animal heads and skins.

By 43 A.D. the Roman Empire had conquered a majority of Celtic territory and incorporated two of their festivals with Samhain. Feralia, a day in late October in which they commemorated the passing of the dead and Pomona, a Roman Goddess of fruit and trees. Interestingly, the symbol of Pomona is the apple and thus helps explain the tradition of »bobbing« for apples that is practiced even today.

By 609 A.D., Pope Boniface IV dedicated the Pantheon in Rome to honor Christian martyrs and the Catholic feast of All Martyrs Day was established. Pope Gregory III later expanded the festival to include saints and moved the observance from May to November 1, creating All Saints Day.

By the 16th century, this festival, predominately celebrated in Scotland, Ireland, the Isle of Man and Wales, included people in costume or disguise going door to door reciting verse or song in exchange for food. This imitated »Aos Si« or souls of the dead.

Tradition in Scotland had it that fortune tellers could predicate a woman’s future husband by several means. An eligible young woman would name a hazelnut for each of her suitors and toss the nuts into the fire. The nut that didn’t pop or explode, but rather burned to ash, represented her future husband. But you can also find accounts that also claim the opposite, so you decide.

Another method including a young woman tossing apple peels over her shoulder, the peels would fall to the floor in the shape of the future husband’s initials. Then there was standing in front of a mirror, holding a candle in a dark room. If a woman looked over her shoulder, they were to see their intended’s face.

Protestants were strongly opposed to this practice during the Reformation as they considered this holiday, »Popish« doctrine.

In the U.S., 18th and 19th century almanacs make no mention of All Saints Day or Halloween. The Puritans shunned these holidays, including Christmas as nonsense. But by the mid 19th century, America was flooded with immigrants, especially millions of Irish fleeing the Potato Famine, thus incorporating their traditions firmly into society. By the late 1800’s there was a move in the United States to mold Halloween into a holiday more about community and neighborly get- togethers than ghosts and witchcraft. Between 1920-1950, trick or treat was a relatively inexpensive way for an entire community to share in a communal celebration.

At the same time, with an increase in Hispanic settlers in the U.S., the Mexican holiday, »Dia de Muertos«, or Day of the Dead, coincided with Allhallowtide: All Saints’ Eve, All Saints’ Day and All Souls’ Day. The multi-day holiday focuses on gatherings of family and friends to pray for and remember people who have died and help support their spiritual journey. In 2008, the tradition was inscribed in the Representative List of Intangible Cultural Heritage of Humanity by UNESCO.

Halloween symbols and artifacts evolved over time. Jack ‘o lanterns, according to folklore, represents a soul that has been denied both entry into heaven and hell. The Irish would originally carve turnips but later found the American pumpkins softer and larger. The skull is thought to be a reference to Golgotha, also known as Calvary, or a symbol of the transitory quality of human life. Many people from the Middle Ages believed that witches avoided detection by turning themselves into black cats.

Halloween has always been filled with mystery, magic and superstition. But as holidays go, it’s a celebration of life through death. A simple way for people to have fun, for kids to use their imagination and hear wicked stories. And, of course, to eat copious amounts of candy.

So, if you want to blame the »bloody« Americans for that, I guess you could. Since most of us bloody Americans are Africans and Asians, Brits, Scots, Irish, Germans, Italians, Poles, Greeks, Spaniards, Dutch, Fins, and Swedes dressed up as Patriots.