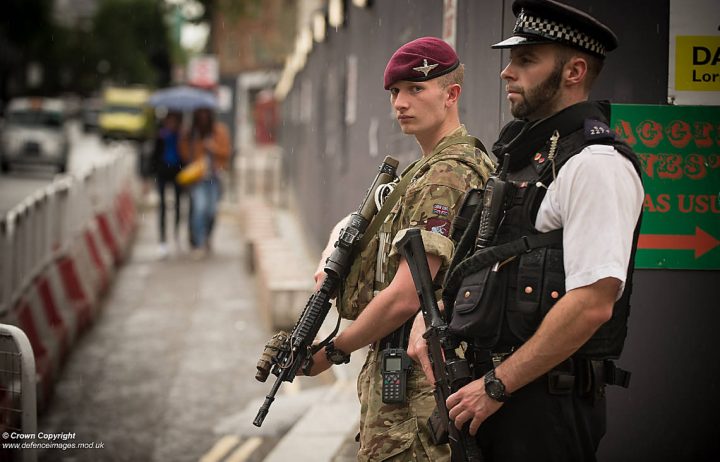 Christmas terror is just the tip of the iceberg.

Anyone who’s visited a Christmas market these days has certainly observed the recently installed security measures: the concrete bollards, fences and other barriers designed to stop terrorists from running over market visitors. We’re supposed to get used to it. Just as we’ve become accustomed to taking off our jackets and belts and our shoes at very airport security checkpoint. After 9/11 there are no longer just random checks. Each and every individual, each and every baggage piece is thoroughly checked, examined, x-rayed and scanned. Even bottled liquids are strictly regulated. Flying has become part of everyday life, but today’s children, with their eyes shining, can no longer visit pilots in the cockpit. Now it’s locked doors, access controls, officers armed with machine guns on the ground, air marshals in the air.

People get used to everything. At some point every imposition becomes normal. Just as we consider it normal that synagogues and Jewish schools in the middle of Europe are guarded. However, theses circumstance prove that nothing is normal.

Just as a brief reminder in case someone brings up the word »islamophobia«; we don’t have to get used to the many small and big restrictions in our everyday life because of Hindus, Bahai, Buddhists or Jehovah’s Witnesses. I have never seen a guard in front of a mosque.

No bollards guard against knives and firearms. Chérif Chekatt – 29 years old, French citizen, born in Strasbourg, Moroccan parents – spent two days on the run. When officers of the BST, Brigade spécialisée de terrain, a special unit of the French police, attempted to arrest him, he opened fire and was then killed in an exchange of fire. With 27 convictions and »radicalized« in prison, he was registered as a top Islamist threat in France. Like almost all recent terrorists he was no stranger to the authorities.

Prisons as hotbeds of terror

The Stratfor information service describes how jihadists can learn the terrorist trade from fellow prisoners, i.e. from those radicalized criminals who already have skills in terrorism. Prisons are »universities of crime« from which possibly hundreds of convicted jihadists will »graduate« in the coming years. The already overburdened authorities facing the jihadist challenge will soon be confronted with an even larger number of cases in the future by the released extremists. According to French prosecutor François Molins, in France alone in 2018/19 forty convicted terrorists are due for release. In addition, there are those who have committed themselves to extremism behind bars.

This raises at least two questions in terms of the prison environment and duration of incarceration.

In an empirical study by the think tank ICSR (The International Center for the Study of Radicalization and Political Violence), experts from 15 countries from Algeria to the United States describe how detained terrorists are treated, how prisoners radicalize themselves in detention, and what measures are taken to de-radicalize terrorists individually and/or collectively. Although there is no universal recipe, the authors agree that overcrowding, staff shortages, and inadequate staff training promote the radicalization of detainees while making it difficult for the authorities to identify the radicalized. The chronically overcrowded and understaffed French prisons are ticking time bombs. The details go beyond the framework of this article, but you can download the study here.

Prisons matter. They have played an enormous role in the narratives of every radical and militant movement in the modern period. They are ›places of vulnerability‹ in which radicalisation takes place. Yet they have also served as incubators for peaceful change and transformation. Much of the current discourse about prisons and radicalisation is negative. But prisons are not just a threat – they can play a positive role in tackling problems of radicalisation and terrorism in society as a whole.

Investments in the penal system are not popular. But there needs to be a change of course in thinking. In view of the growing Islamist threat, it’s a mistake to save on the prison system at the expense of the general population.

The second question is even more sensitive: can we justify releasing prisoners who are very likely to support other terrorists or commit terrorist attacks themselves?

In Austria, dangerous recidivists, those in need of therapy and mentally abnormal lawbreakers can be deprived of their freedom as a preventive measure – not as a part of prison sentence, but to protect the general population. Many other countries have quite similar regulations. This »preventive detention« is a problematic instrument because human behavior cannot be reliably predicted and authorities are thus given the means to detain people indefinitely. But it is not clear why, for example, the future behavior of mentally abnormal lawbreakers may be predicted with more reliability than that of Islamists. Violent religious radicals will always pose a danger.

Dangerous terrain. But if one considers how many highly qualified lawyers deal with issues whose urgency is not apparent at first glance, the European Union should actually have enough expertise to develop a directive for dealing with imprisoned Islamists that takes into account both personal freedoms and the general population’s need for protection. No country has the resources to completely monitor the so-called »endangerers«. In the long run, it will be difficult to convey the fact that convicted Islamists who are released pose a terrorist threat and may murder someone or help others commit terrorist attacks.

At a lecture in Vienna, an Israeli security expert estimated the proportion of radical Muslims at about 20 per cent, and about half a per cent were considered radical and willing to use violence. On the whole, this formula could be applied worldwide and to any country.

Of the approximately 1.6 billion Muslims, about 320 million would then be defined as »radical«, despite the term’s blurriness. Worldwide we would be confronted with about eight million Muslims willing to use violence. One gets an even better idea of the dimension of this challenge by breaking the large number down to individual countries.

Austria: approx. 600,000 Muslims, 120,000 radical, 3,000 violent.
France: approx. 5 million Muslims, 1 million radical, 25,000 violent.
The estimates of the number of Muslims in Germany are far apart, but the figures should be quite similar to those in France, and no agreement has yet been reached on a uniform estimate.

Terrorists are only the spearheads. An environment of radical and violent Muslims inspires them, gives them support, supplies them with weapons and offers them protection. Chérif Chekatt could hide underground for two days after the terror attack he committed in the Neudorf district of Strasbourg before he was caught.

According to Mao, the guerrillero must swim among the people like a fish in water. If the water is favorable, the guerrilla fighters multiply and thrive magnificently. In view of the above figures, we face a great threat: 320 million radical Muslims represent quite a large body of water. With the terrorists we see only the tip of the iceberg. The big challenge is to prevent radical Muslims from becoming violent, and violent Muslims from becoming terrorists.

First published in German on Mena-Watch 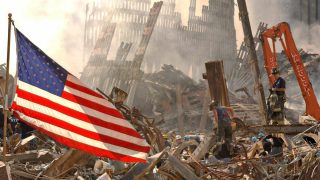 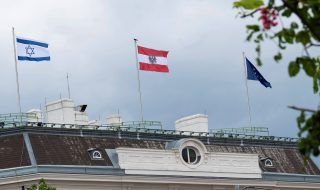