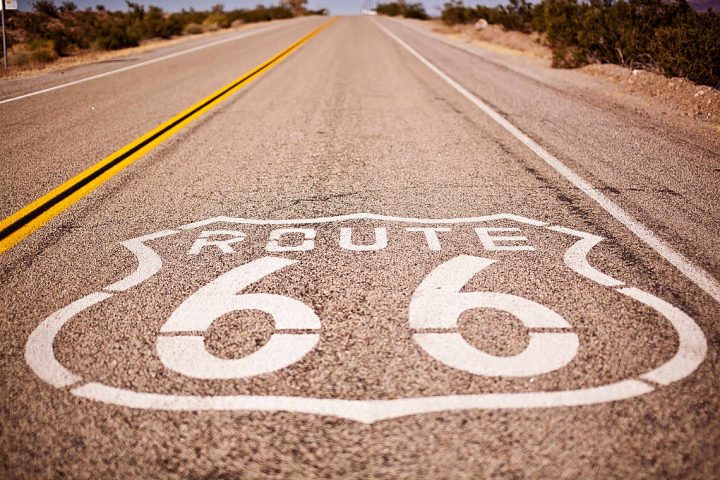 Recently, I was traveling through Spain, and was asked a question by a man named Roman, a young Ukrainian concierge. »I would like to spend a month travelling America. Outside of the obvious cities such as New York, Miami and Los Angeles, what do you suggest? What should I see that would be ›real‹ America?«

I realized the dilemma many people face in choosing which part of the U.S. to visit. As for the ›real‹ America, well, it’s all America, it’s all real, and it’s all very different. For a country that features the word, ›United‹ in its name, America is a highly diverse and often contrary country. This is what the Founding Fathers had in mind.

Because of its vast size – it’s the third largest country in the world – Americans are often criticized for never leaving. Statistics show that only 36% of all U.S citizens hold passports, as compared to Britain’s average of 75%. When asked, many American cite such reasons as: cost and time. The average trip abroad will cost approximately $2,700 which is a bit more than the 100 Pound bullet train to France. »Why leave the country?« they say. »We have everything here: beaches, deserts, forests, mountains.« It’s also more culturally diverse than one imagines; for instance, 27% of all people who live in California were born in another country.

So, to help answer the question of what you’ll find if you drive from California to Carolina, North Dakota down to Texas, or from New York south to Florida, I’ll divide the country into the regions that the Journal of Personality and Social Psychology did when they polled 1.6 million people from 48 states over a 12 years period of time.

The acronym they use is OCEAN which breaks down to Openness (curiosity and preference), Consciousness (self-discipline and dependability), Extroversion (sociability and gregariousness), Agreeability (compassion and cooperativeness) and Neuroticism (anxiety and anger). This would be a fun dinner conversation in every state because the findings are sure to make most people uncomfortable, or at least a bit argumentative.

Since the East Coast was settled in the 17th century by the British (with a few Dutch and German tagging along) and largely Puritan, it’s not surprising that they are the foundation for most of America. The East Coast sports many of America’s most populated cities, prestigious universities and the nation’s capital. They have a profound tolerance for ethnic and religious diversity and are more comfortable with government regulations. They value education and citizen participation and are mostly considered Blue States. The dialects place to place are also quite extreme: The New Jersey accent (think: Marisa Tomai in »My Cousin Vinny«) is quite different from its Boston neighbor, (think: John Kennedy). Tidewater states such as Maryland, Virginia and the Carolinas which bridge north and south so do have a bit of both traits. But why would a European want to visit the East Coast and YankeeDom? It’s the most like Europe and therefore, very comfortable to foreigners. While Washington DC was voted »least agreeable« it was also voted the »most open« state. West Virginia was crowned the »most neurotic«, Maine dubbed least consciousness, while South Carolina had the most consciousness.

Whereas the Appalachian culture, West Virginia, Tennessee, Mississippi, Georgia, Alabama, and parts of Kentucky, Ohio, New York and Pennsylvania, make up a huge land mass, but comprises only 20% of the nation’s population. Although at a lower income level than much of rest of the country, Appalachia enjoys abundant natural resources including The Appalachian Trail, The Great Smokey Mountains and the Blue Ridge Mountains. In fact, The Great Smokey Mountain National Park is the most visited national park in the U.S. Other tourist attractions such as Nashville (Grand Ole Opry House) Knoxville, (Dollywood) and charming cities such as Charlestown, (South Carolina), Shreveport, Baton Rouge, (Louisiana) and Atlanta, (Georgia), await. Not to leave out the French and Creole enclave of New Orleans where Mardi Gras, notwithstanding, has some of the country’s most colorful jazz venues. Appalachia was settled largely by the English, Scottish and Irish which also account for the ballads featuring the banjo and fiddle. Their dialect also reflects this Scottish and Elizabethan influence.

The »Deep South« which, as we all know, was notable for its plantations and past slave societies, was settled by Europeans who wanted a democracy reserved for the privileged. It depended heavily on the caste system until it was eventually smashed by outside intervention. Many people in the South fight against expansion of Federal Power, taxes on the wealthy and corporate and environmental regulations. However, it’s similarities stop there: even accents differ widely state to state, the famous Texan drawl is very different from the soft South Carolina accent or the West Virginian twang. Even though they are all considered Southern accents, it’s akin to the difference between the Austrian, German and Swiss German.

And no, I didn’t leave out Florida aka, »The Sunshine State.« Boasting over 2,100 km of coastline, Florida is truly a melting pot of northerners, (snow birds) Cubans, South Americans, and Floridians. However, you can’t compare Tallahassee with Miami. In fact, in 2014, a group of South Florida politicians tried to convince people to separate northern Florida from southern Florida into two separate states. It didn’t work but the point was well made.

The Mid West, affectionately called, »America’s Breadbasket« is dominated by agriculture and farms. As far north as Wisconsin, (milk and cheese), Kansas, (wheat), Iowa and Illinois, (corn), Iowa, (pigs) and Wyoming and Texas: (cattle). The Mid-West started with a German, rather than a British majority but shared the belief that society should benefit ordinary people. Outside of several large cities such as Chicago, Denver and Minneapolis, the middle of the country is largely conservative and prioritizes the middle class. Wisconsin was voted the most extroverted state, Utah the most agreeable while North Dakota the least open.

And speaking of Texas, we travel to »El Norte« or: Arizona, Texas, New Mexico and parts of California. El Norte translates to »The North« and doesn’t mean the north of America but rather the North of the once held Spanish countries. Due to its roots in the Spanish Empire, the Hispanic Culture dominates. Once considered so distinct from the Non-South, it was always a question of could it maintain unity with the rest of the country. Beside a Hispanic base, central Texas was settled by German and other European settlers. Texas, the second largest state in the Union, is where everything seems big, including its people, houses, ranches, cattle herds and cities, such as Dallas and Houston. But check out but Austin, College Station and San Antonio for a taste of great music, delicious barbeque and cool communities.

Everyone, specifically skiers, know about the Rocky Mountains, the world’s second longest mountain chain. They crisscross the country north from New Mexico though Colorado, Wyoming, Utah and Montana into Canada. Along with Arizona which holds the treasured Grand Canyon, these states are often featured in movies, specifically westerns, for their spectacular scenery and diverse vistas.

Finally, we reach the West Coast where California, Oregon and Washington state feature. Settled largely by New Englanders, Spanish missionaries and Appalachian mid-westerners, the West Coast is a blend of all cultures. It scores low on the neurotic and extrovert scale and high on the openness, creative and relaxed curve. While most visitors flock to Yosemite and Yellowstone park, go north to the Redwood Forest or watch the sun set on its thousand-mile coastline cliffs. Sure there’s San Francisco and Los Angeles, but becoming more popular, (and more expensive,) are Seattle and Portland, mostly for the innovative high-tech companies. Accents are aplenty but that is due to the high number of cultures that reside side by side. Hispanic, Asian and European numbers make up a large percentage of most urban cities. In fact, more than 45% of all San Franciscans speak a language other than English at home.

I hesitate to even mention Hawaii or Alaska because they are both destinations unto themselves. I shouldn’t have to tell someone why they should visit Hawaii, although it is truly splendid no matter how many times you visit. Likewise, with Alaska. The largest state in the country with over 660,000 sq. miles, it has the smallest population with only 1.3 people per square mile. Inupiat and Yupik natives, (commonly lumped together to be called Inuit,) make up 15% of the population. Most cruise liners visit the Alaskan coast June through mid-August as the winter temperatures can be frigid. Fairbanks often reports -45C in December and January, although it varies region to region.

So, after I explained all this to Roman, my curious concierge, he paused. »Well, I think you’ve just complicated my decision«, he smiled. »And I might be sorry I asked.«
Exactly.